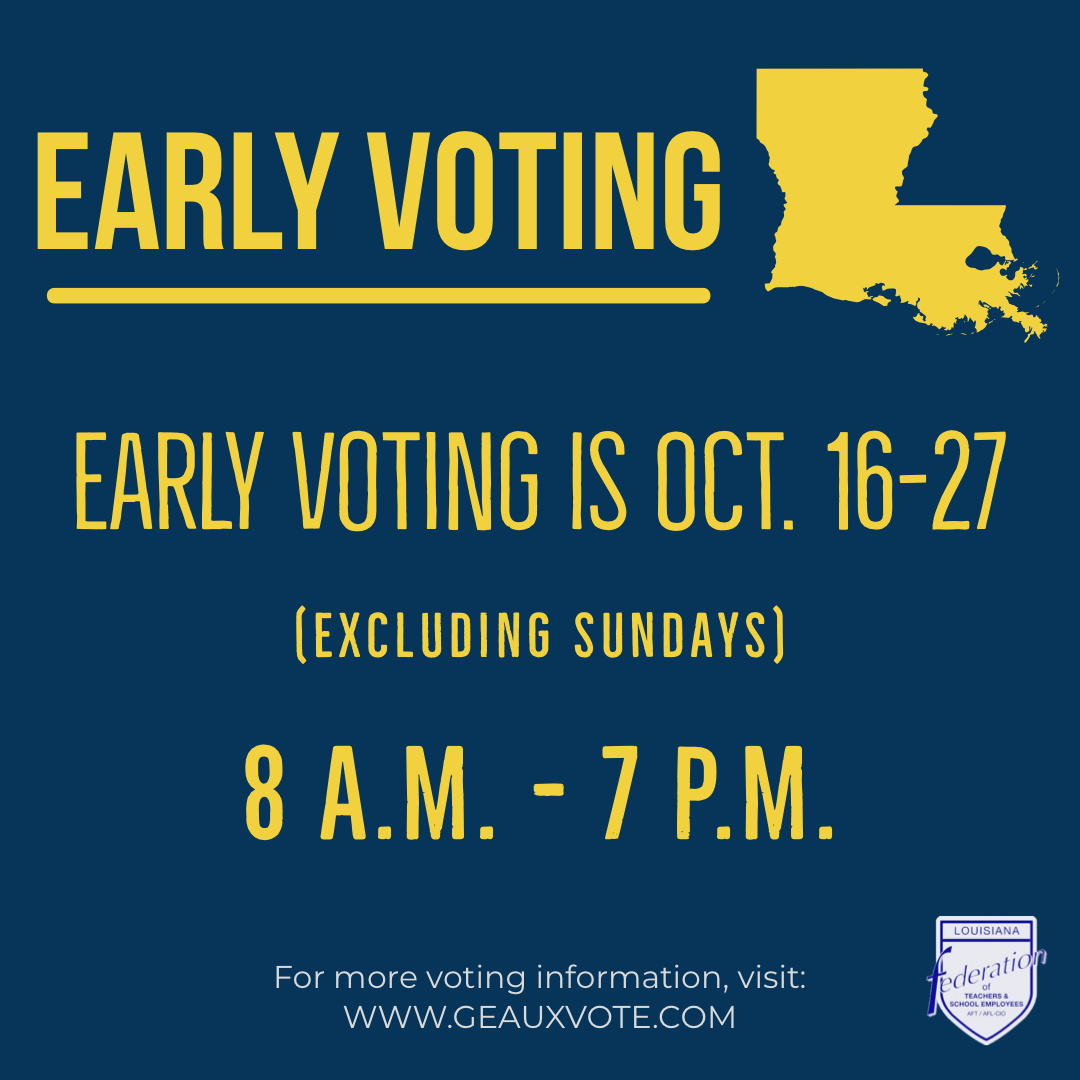 In addition to candidates and local ballot initiatives, every Louisiana voter will weigh in on SEVEN CONSTITUTIONAL AMENDMENTS.

LFT strongly OPPOSES Constitutional Amendment #5 because it could rob our schools of vital funding, here is our position on all the amendments:

To see a full explanation of LFT’s positions, click here.

See your sample ballot and voting information at GEAUXVOTE.COM

It's not too late to sign up to become a poll worker on election day. Poll workers play a vital role in protecting the integrity of our democracy and in Louisiana, you may be compensated up to $300.  Sign up now!